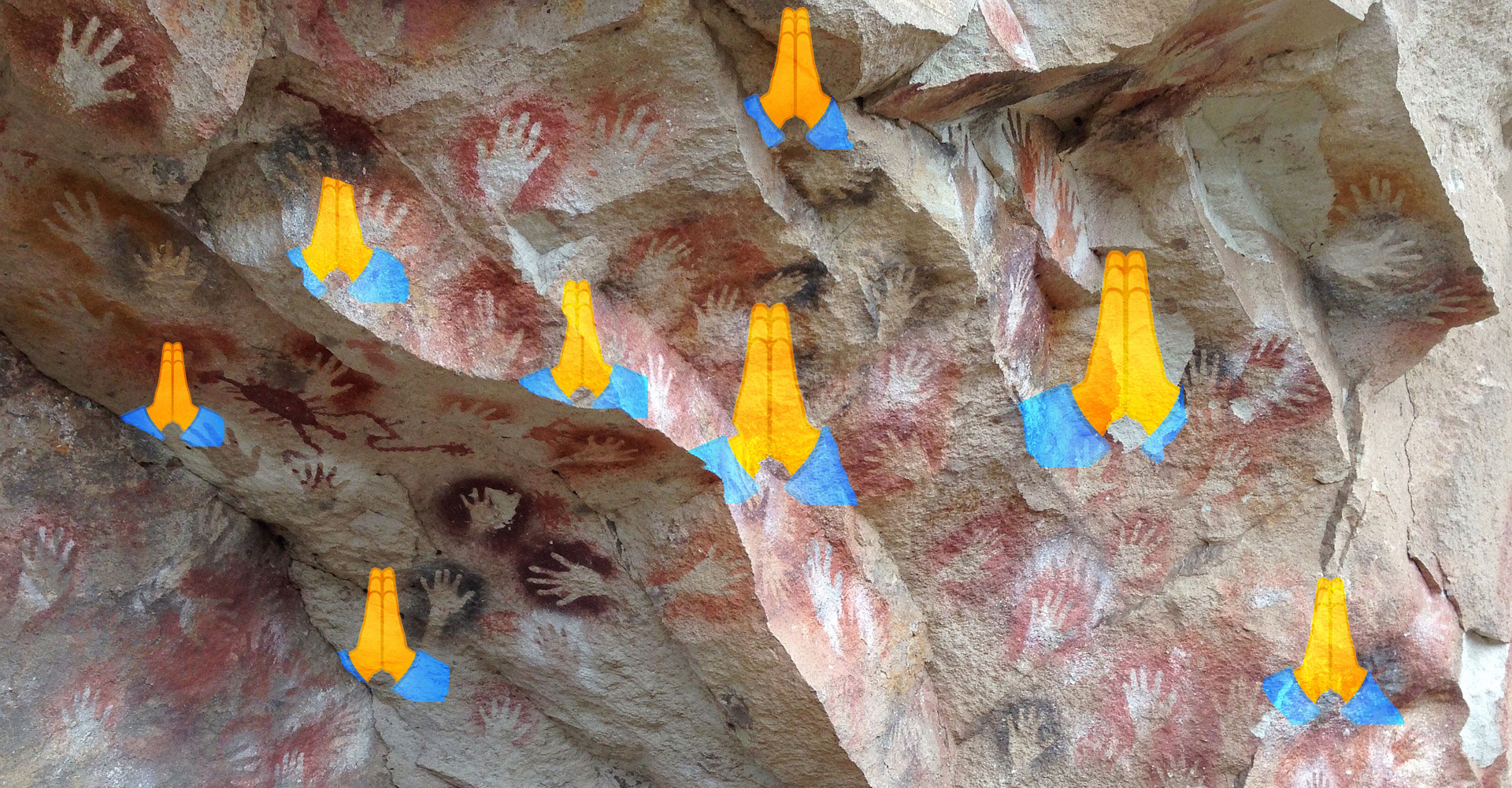 From Caveman to Live Video: A Brief History of Visual Storytelling

Throughout history, our active need to tell and to listen to stories has been identified and studied. Whether it’s a drawing of animal-hunting or a Story on Instagram, stories have always been a way of helping us shape and understand the world around us, keeping us informed, educated or entertained. A good story keeps us on the edge of our seats and awakes our senses, as research has proven that our brain becomes more active as we listen to stories.

Tens of thousands of years may have passed by since cave art and technology has surely changed enough, but human needs have pretty much remained the same… Let’s take a brief look at some of the important moments in the history of visual narration.

From the Paleolithic Period to Greek Mythology: A Desire to Communicate

Hand stencils found in caves in Indonesia and Spain dating more than 40,000 BC already shown an ancient form of visual communication, an instinctual desire to share and express. Some 10,000 years later, paintings found on the walls of the Chauvet caves in France tell stories about mystic rituals and hunting, encounters with mammoths, rhinos and gazelles, and describe daily activities such as the use of weapons.

At 10,000 BC, the art of carving images and shapes into rock has become universal, with the use of petroglyphs.

This human inclination towards visual representation is also shown in the use of hieroglyphs in ancient Egypt. This visual language dating back to about 3,500 BC, meaning that this use of pictographic characters and symbols is one of the world’s earliest examples of writing systems. These elaborate drawings serve not only religious purposes but were also used to convey messages to future generations.

Some 3,000 years later, the Greeks used various techniques of portraying figures on vases as an important instrument of storytelling. Offering information on daily life, portraying warfare and religious practices, those vases tell us the most important stories of Greek mythology.

From Ts’ai Lun to Mass Printing: When Paper Becomes King

The invention of paper around 100 BC in China by Ts’ai Lun made a huge impact on storytelling. It started evolving rapidly from visual and oral storytelling towards written storytelling. While paper will only make its way to Europe some 1000 years later, parchments such as the Illuminated Manuscripts offered a combination of hand-written text and illustrations.

Europe was than experiencing its Renaissance, evolving from Medieval ages to modernity. Prominent artists like Michelangelo and Leonardo da Vinci pushed the visual craft even further. With the invention of print by Johannes Gutenberg, books were easy to produce, and information became more accessible.

From Robert Barker to Virtual Reality: Interactivity is Born

In 1787, artist Robert Barker created a 360 degrees painting. Spectators felt involved in the painting, as though they were a part of the story and interactivity was born.

The invention of lithography in 1798 made visual art reproducible, allowing images and texts to be easily mass-produced.

In 1826, Joseph Niéphore Niépce produced the first photograph of a scene in the real world, and a few years later data visualization is used for scientific purposes.

The first color photograph is made in 1861 by James C. Maxwell, even if it is only later that it became commercially available.

Industrial Revolution brought other inventions such as movies, pushing visual storytelling even further. People were able to see the story on a big screen, and the world was put in motion.

During the Great Depression, comic books became highly popular, offering yet another angle of visual storytelling. Artists searched and found new ways to tell their stories and to better describe the turbulent times, as in the example of Picasso with the bombing in Guernica.

While mechanical television was already possible in 1884, it is only after World War II that the golden age of the Magical Box started. People were able to enjoy watching stories at home, what served as a great opportunity for brands to tell their stories through commercials. Print advertisements in the 1910s showed the seeds of modern print ads and even though these ads were still heavy with copy, images begin to play a larger role and slowly a balance between imagery and text will take place.

When the first computer became commercially available in 1951, it marked the beginning of an era that will completely revolutionize the way we share information and present visuals and stories.

Morton Heilig’s Sensorama machine, introduced in 1962, shared vibrations and smell with the viewer in addition to visuals and sounds, and was the earliest example of a virtual reality device.

The arrival of the video game console in 1972 brought entertainment to the masses offering a new way to be actively involved in a story. A new door opened : it was the beginning of the World Wide Web and the era of digital storytelling.

From WWW to Video-Based Storytelling: Going Forwards to The Beginning?

The use of technology has shaped the way we interact with others and  the way we tell stories. The beginning of the internet as we know it takes us back to 1994 when unlimited possibilities for visual storytelling and information sharing opened up. People were now able to tell their own stories in different ways, using blog posts, photos, videos and websites.

With the launch of Facebook in 2004, a whole new way of sharing visual content and stories is created. Social Media allows users to practice their nature as visual individuals. Instagram takes the world by storm, as we reach the age of mass visual distribution and interaction.

The rise of virtual reality and augmented reality enables visual storytellers to immerse viewers in the story, making them a part of it. As it is not yet mainstream, these techniques will become critical in conveying powerful visual content.

Video-based visual storytelling, live videos and transmedia storytelling allow the use of new techniques for telling a good story, as technology is still rapidly changing and evolving.

Visual storytelling is a powerful tool that profoundly impacts our daily lives and the course of history. The urge to create a world for others to react and to respond to, the desire to express and share stories brings us back a full circle to our ancestors.